For further information on the the individual club league races, please click on the links below.

Check out the weather and wear appropriate clothing on the day of the league event. 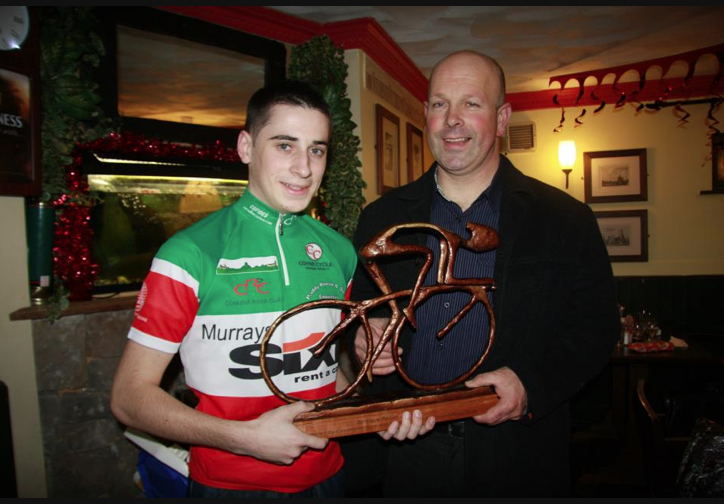 The Clonard Road Club League involves a total of 6 races, 1 each month with the best 4 races to count. The league is run on points system, with points awarded as follows: 25pts for 1st place, 24pts for 2nd place, down to 6pts for 20th place, everyone else gets 5pts. Stewards/ helpers receive 5 points if they help out on race day. The league leader wears the yellow jersey. The best four race events will count towards the league total with the leader after the last round crowned club champion for 2011. There is no fee for club licence holders, but one day license is needed for standard club members at a cost of 10 Euros.

The league table with the top 15 riders is shown below with further details on the date and time of the next club League Race in the club calendar. 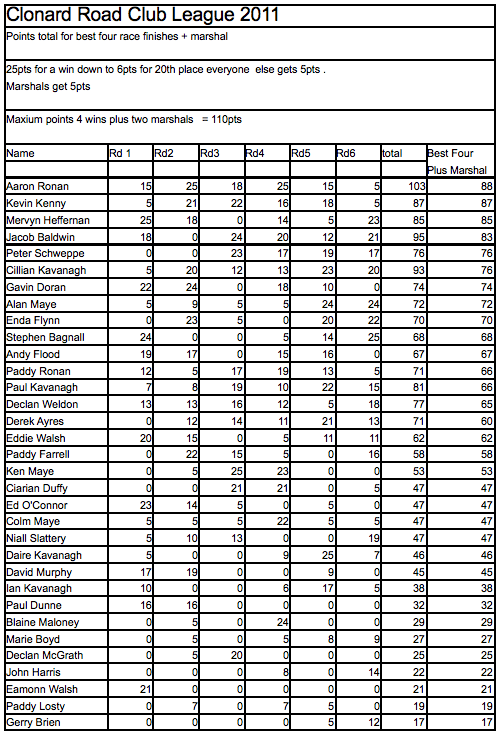 Final Race - roundup....
The final race of the league saw a large turnout.
The race went off in five groups with everyone giving their all.
The pace was up from the start with the scratch group breaking up on the first lap.
Jacob Baldwin and Alan maye drove on the pace and on the second lap, opened a gap on the rest of the  scratch group.
Peter Schweppe kept his group on their toes and kept them working well.

The race came together with about 3km to go. The pace was high with about 1km to go there were still 10 riders in with a shout.

Mary Burke won the  sprint to the line in the Ladies group to take 1st Lady on the night.